On 27 August sheep will return to Hampstead Heath to graze for the first time since the 1950s as part of a week-long trial.

The flock of five sheep, provided by Mudchute Park & Farm, are made up of Oxford Down and Norfolk Horn. They will graze at The Tumulus on the Heath, an ancient Roman monument managed by Historic England. Fencing has been installed at The Tumulus to protect the sheep who will be kept securely at the Heath’s nearby Kenwood Yard overnight.

This idea came up at a Heath and Hampstead Society lecture given by painter Lindy Guinness, who showed paintings by John Constable of cattle grazing on the Heath. This romantic vision happily coincided with the aim of Heath staff to experiment with grazing rather than tractors to manage the landscape. The Society is delighted to work with the City Corporation to find more sustainable ways of preserving the Heath.

If the pilot is successful, the City Corporation says animal grazing could be expanded to other areas of the Heath.

Grazing is known to play a major role in boosting species-rich wildlife habitats and reducing the use of machinery. Unlike mowing, grazing produces a mosaic of vegetation heights and types, improving ecological sites for species including amphibians, small mammals, invertebrates and wildflowers.

Volunteers from the Heath & Hampstead Society and Heath Hands will support the project by helping to monitor the sheep and engaging with visitors who want to know more about the pilot. 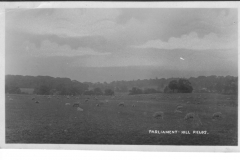 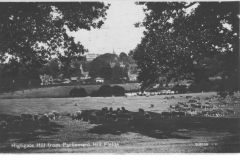 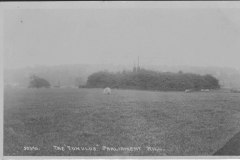 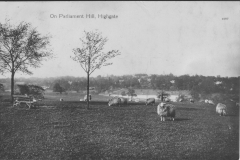 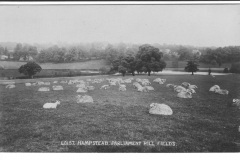 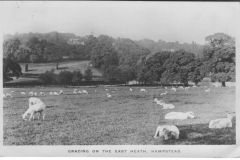 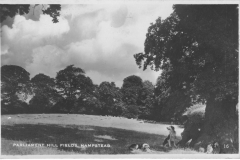 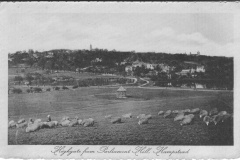 Heath & Hampstead @Heath & Hampstead Our Planning Sub-Committee has posted details of a new planning application on to Instagram at the below link: https://t.co/W2PgG1Yy8v   Do you have any comments? #Hampstead #Hampsteadvillage #NW3 #London

Heath & Hampstead @Heath & Hampstead Take a look at this Thursday's edition of @HamandHigh to read the contribution from our Heath Sub-Committe Thomas Radice sharing his very personal account of growing up in Highgate and the high drama of the model boat pond in the 1950s https://t.co/lGCBGDBuFe #HampsteadHeath