Discover Biodiversity on the Heath

The severe hot spells in July have dried many Heath meadows, and insects are concentrated on the bright yellow flowers of Ragwort, which is now coming into bloom. Look there as well for the striking caterpillars of Cinnabar Moth. In early August, young kestrels can be seen on meadows, learning to hunt.

Around the ponds, Purple and Yellow Loosestrife are coming into bloom and large summer dragonflies like the Brown Hawker and Emperor are foraging over water and in nearby meadows.

Many waterfowl have produced new broods, including our Tufted Ducks, the only diving duck species that breeds on the Heath.   In this hot weather you can spot terrapins sunning on pondside branches and platforms. Several species of alien terrapin species live on the Heath, all released from captivity, including the Yellow-bellied Slider.

Biodiversity and you – make a difference!

This year’s biodiversity interpretation boards are a collaboration between City of London, English Heritage, Heath Hands, Marylebone Birdwatching Society, London Natural History Society and Heath & Hampstead Society. Boards will change with the seasons – view them all to the left. 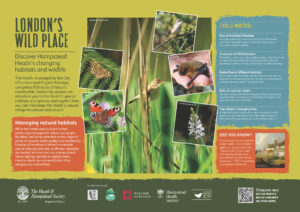 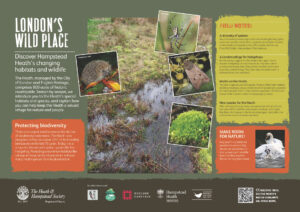 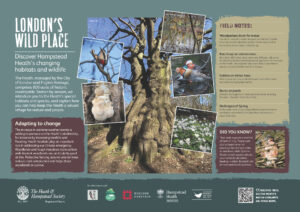 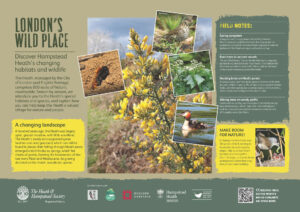 Heath & Hampstead @Heath & Hampstead Come and join us this sunny afternoon at 2.30pm for our guided walk on the Sandy Heath! #HampsteadHeath #SandyHeath #NW3 #London https://t.co/QSC5SBteVx

Heath & Hampstead @Heath & Hampstead Our next guided walk will be on Sunday 7 August about the Sandy Heath and the Heath Extension. Starting at 2.30 pm, the meeting point is Spaniards End by the flower stall near the Spaniard's Inn.  £5 minimum donation and no advance booking required: https://t.co/WSB2oRzppE https://t.co/MLCObCl3p8 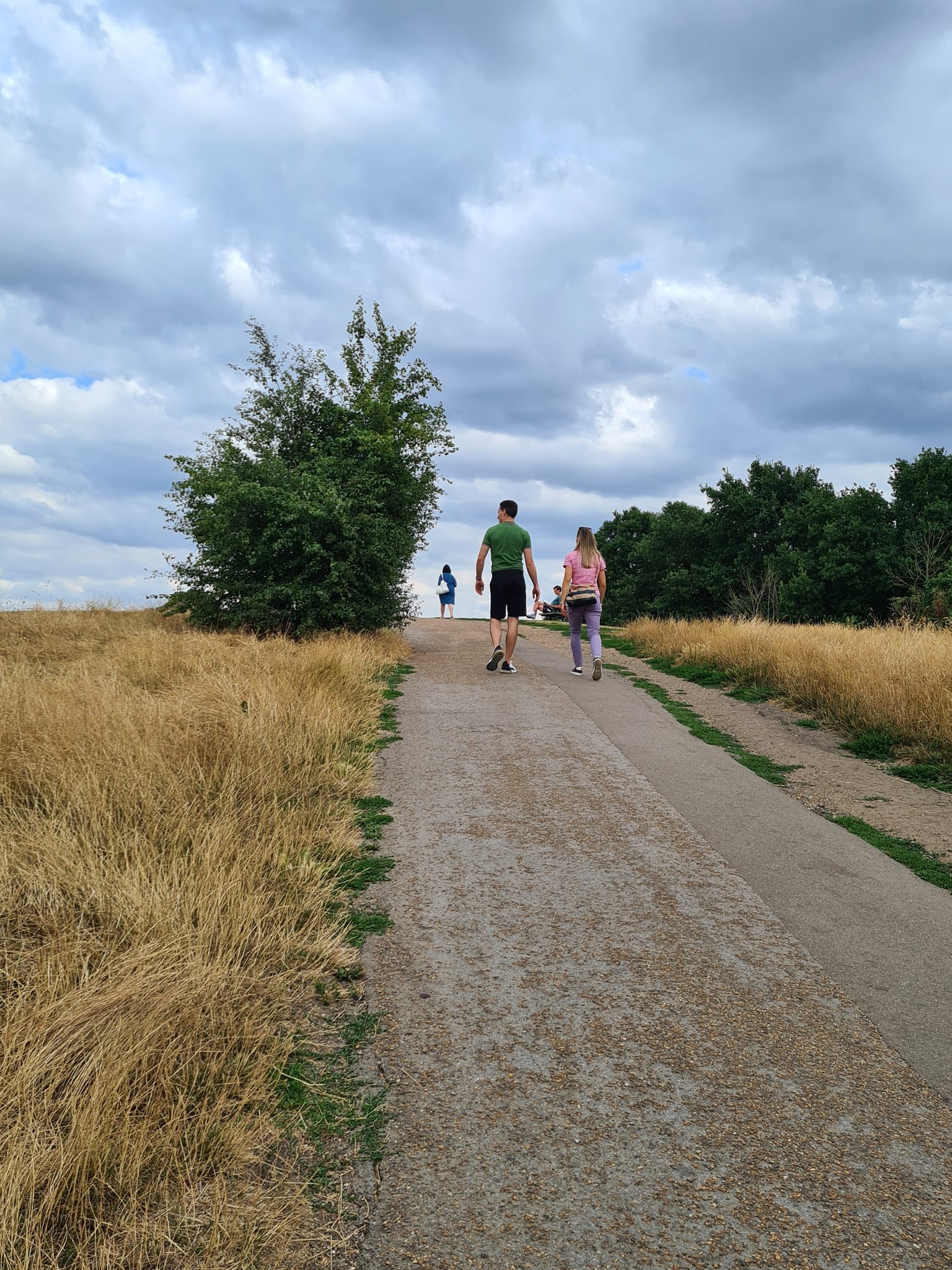 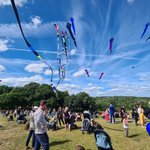 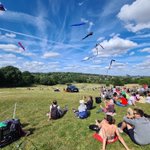 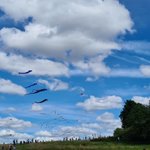